Artist and illustrator Roger Payne made his regular living by illustrating books and magazines for schools and universities, companies and local authorities.  But always he had a secret sideline in illustrating stories in American gay magazines.  At first he signed his drawings with a pseudonym, then with his first name and, later still, openly signing them with his full name (if he wants to).  His drawings are openly pornographic, depicting the sexual action in the stories he was illustrating.  But the high standard and consistency of his drawing style have created a cult following among aficionados of male art.  Drawing out of his prodigious imagination, he creates powerful images, presenting the inner emotions of his subjects to full view.  Still drawing into his ninth decade, Payne is an artist with collectors all over the world.

Most of the drawings are in pencil, mainly on card but occasionally on paper.  Because they are unframed, FREE SHIPPING is available on all these drawings.  All drawings are supplied with Certificates of Authenticity.

Also on display below are some of his original paintings that were used as illustrations in textbooks on classical history and mythology. Many of them possess a distinctly homoerotic flavour and must have given great pleasure to many young students during their studies.

These are original paintings in acrylic that were commissioned to be used as illustrations in textbooks.

All pictures are sold with a Certificate of Authenticity

Adonis Art International is the only gallery with permission to sell Roger Payne's original art. 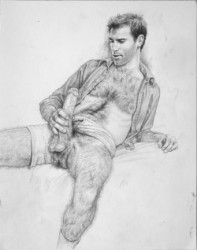 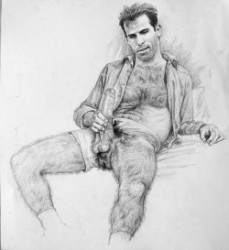 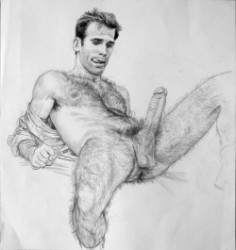 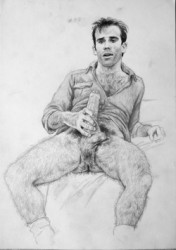 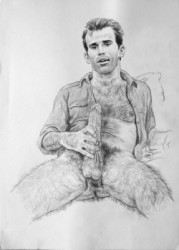 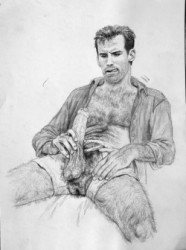 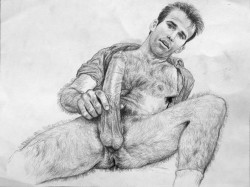 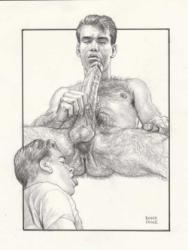 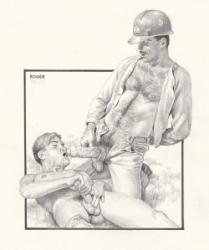 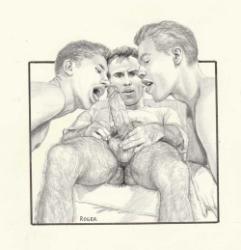 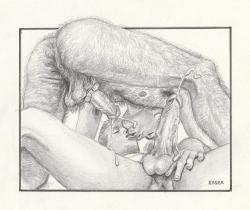 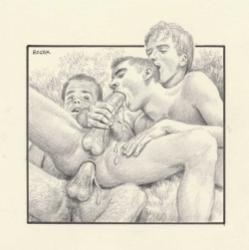 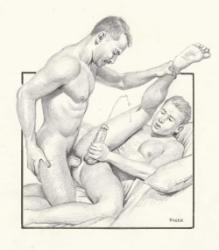 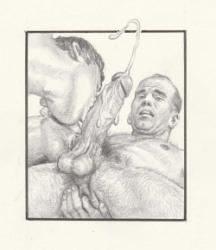 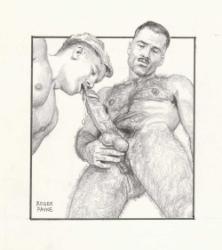 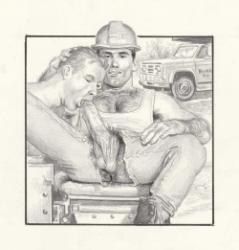