An artist of great talent, Ivan Bubentcov's drawings display an unexpected panache and humour in their depiction of gay life in Russia.  In his own unique style, each drawing cleverly plays with the graphic presentation and perspectives, capturing each situation with deft control.  Bubentcov says: "My heroes are ordinary Russian guys who can be found anywhere - in a bar, at a construction site, in a forest and, of course, in a Russian bathhouse. They are a little naive, simple, but very attractive."  His mainly mixed media drawings on paper (felt tip pen, ink, pencil, pastel etc) seem to emerge effortlessly from his fertile imagination.  Bubentcov received an academic training where he was influenced by Russian artists such as A. Ivanov, K. Somov and I. Bilibin - but, he says, Tom of Finland inspired him the most.

Ivan Bubentkov was born in 1972 in a small town near Moscow.   He loved drawing from his childhood and graduated from a children's  art school, then from the Abramtsevsky Art-Industrial College (1992), then from the Moscow State Art and Industry Academy (1999).  He is now based in the United States. 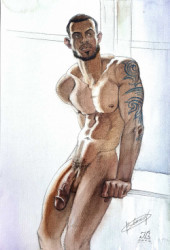 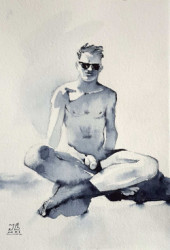 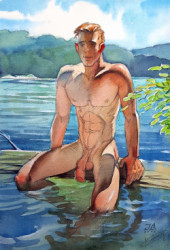 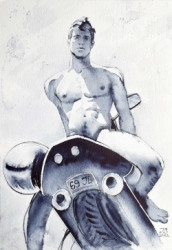 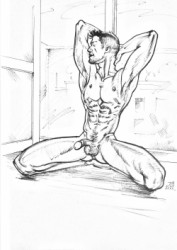 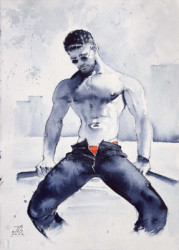 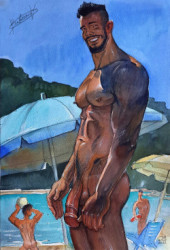 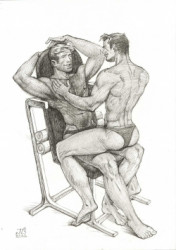 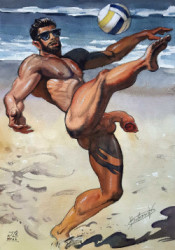 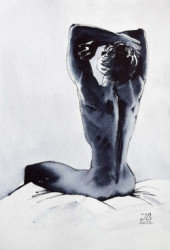 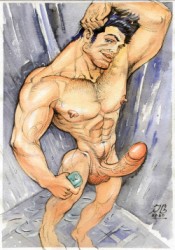 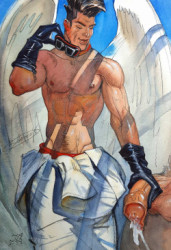 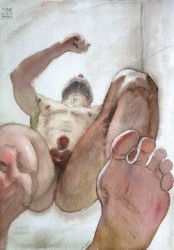 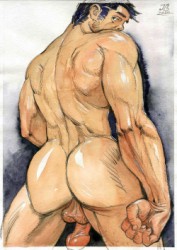 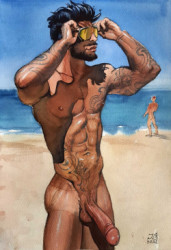 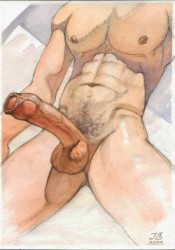