Kirill Fadeyev is an artist possessed with an exceptional imagination and tremendous artistic skill. Based in Kiev, Ukraine, he works as an architectural designer, designing shopping malls and war memorials amongst other things. A fine artist, he has won many prizes as a student and a major historical painting by him hangs in the office of the Government of Kiev. He is a challenging artist and his works often shock the viewer. But his skill as a draftsman along with his humour and sense of play, redeem his works and raise them to some of the most engaging works of male art produced today. 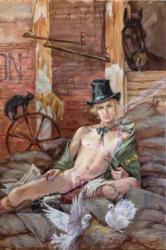 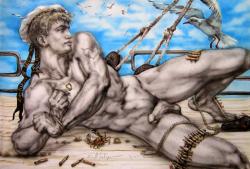 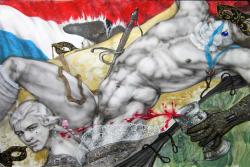 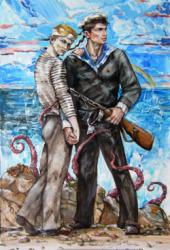 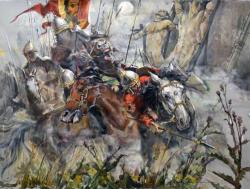 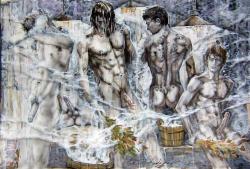 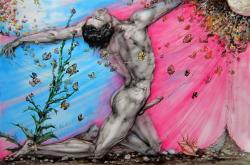 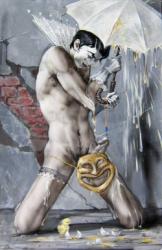 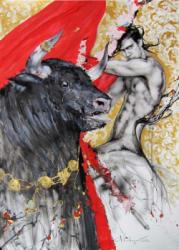 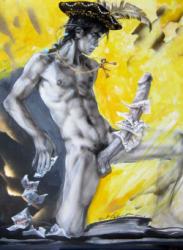 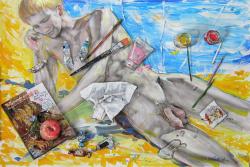 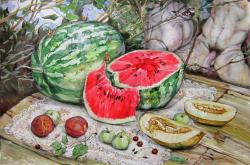 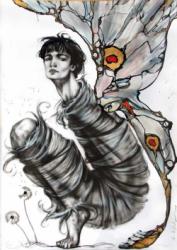 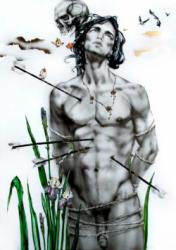 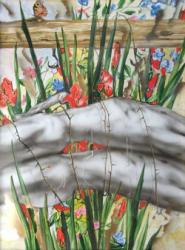 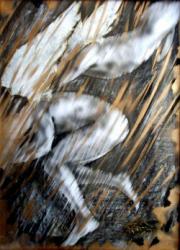