In the 1970's, 80's and 90's, Irish artist Myles Antony was one of the most popular 'gay' artists in the UK. Starting with an exhibition at the Edinburgh Festival, his romantic and untroubled male images became emblematic of the new era of hope and opportunity that followed the legalization of consenting sex between adult males in the 1960's. Many of his pictures were shown in solo exhibitions in London, Amsterdam and Dublin, and at the Adonis Art Gallery in Earls Court and sold into collections all over the world. But tastes change...

In the grimmer times of the 21st century, his beautiful images seem out of sync with present attitudes and politically correct ideas. His 'cute' models and upbeat scenes seem reminiscent of Fragonard paintings before the French Revolution - airy-fairy and not of the real world. But this is to miss a lot of enjoyment. Antony has a unique way with watercolour and a style all of his own. His paintings bring light and cheerfulness into a room. His prices are remarkably affordable with each painting giving great value for the hard work and vision he put intothem. They are unique works of art and a reminder of talent and courage from more optimistic times.

Myles Antony was born and raised in Dublin where he studied under the noted Irish painter and teacher Fergus O’Ryan. In the 1960’s he was Art Director for the John Stephen Group of menswear companies during the heady days of Carnaby Street and London's ‘Swinging Sixties’. For the next decade he continued working in Graphic Design creating TV logos, record covers and movie posters in the U.K., Europe, the U.S.A. and Canada.  Since the early 1980’s he has executed many commissions in London, Amsterdam and Dublin and his work was exhibited at the Royal Hibernian Academy in 1990.

Myles Antony’s paintings would not be considered Avant Garde, but he has broken barriers in his bold approach to painting ‘Portraits in Watercolour’ – an almost forgotten art form.  His colour choices, delicate lines, soft focus imagery and highlighting of detail give his paintings character and vision. At first glance his work is deceptively simple to look at, but a more serious inspection reveals the attention to detail he has given to each element in his work. His paintings are at times daring and sometimes amusing, but always warm and human.

Still vigorous in his early 80's, Myles Antony is now retired and lives in Dublin. 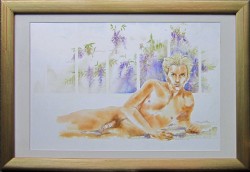 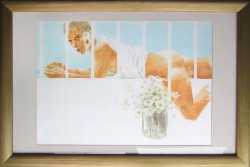 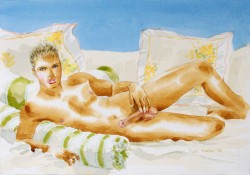 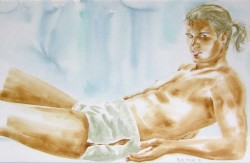 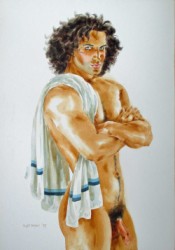 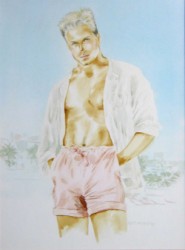 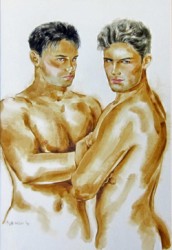 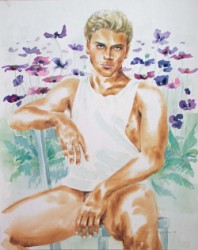 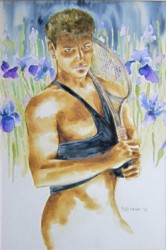 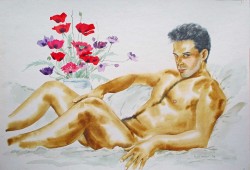 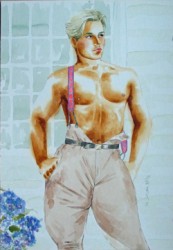 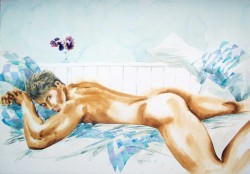 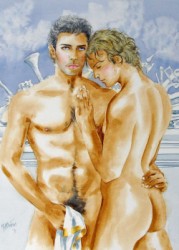 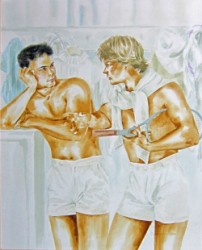 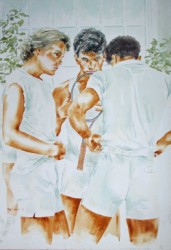 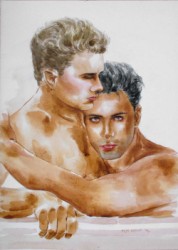