North German painter W.H. Focke (1878-1974) was born in Bremen, the eldest son of Senator Dr Johann Focke, founder of the Focke Museum in Bremen. He was a brilliant aircraft pioneer and constructed and piloted the first plane to fly in Germany.  While he went on to pursue an artistic career, his younger brother Prof. Dr. Heinrich Focke became the co-founder of the aircraft company Focke-Wulf.

In his youth he enthusiastically aided his father to search out and collect objects of cultural and historical interest in Bremen and its hinterland.  These formed the basis of the Focke Museum collection.

Focke studied art in Dusseldorf and Munich after leaving High School in 1896.  After finishing military service he studied further in Weimar and Berlin.  between 1903 and 1913 he was closely attached to Max Liebermann, who made it possible for him to have his first exhibition at Paul Cassiere's Kunstsalon.  His exhibition of horse paintings was a sell-out.  Focke was close friends with Oscar Kokoshka, max Slevogt, Olaf Gulbranson and Hans Thoma who were artistically active in Berlin at this time.

His friendships within Berlin;s artistic world and his early fame as the first German aviator may have been the reason for his connection with the art circle of the "Brucke".  His affinity to the Brucke painters influenced his early creative processes.  The naked body became more central to his art.

He drew and painted friends and acquaintances in the open air and liked to depict them in connection with his beloved horses (the banner at the top of the webpage contains one of his 'horse' paintings).  His painting style developed away from the academic towards a more natural representation of the human body.  Placing a dynamic body in natural surroundings became one of his favourite themes. 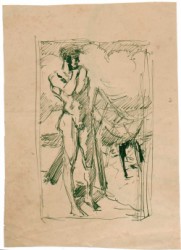 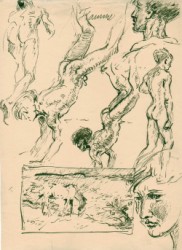 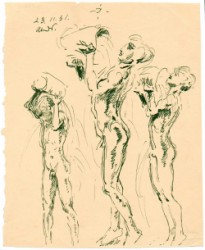 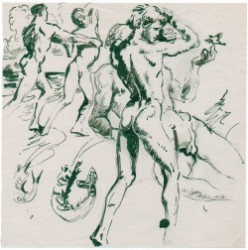 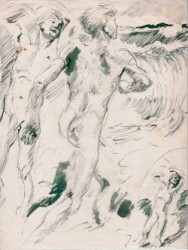 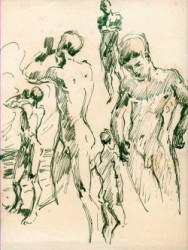 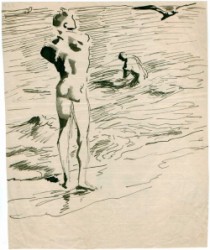 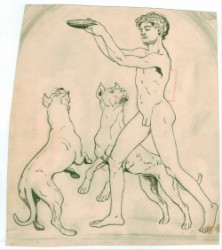 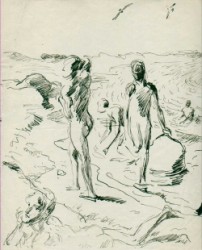 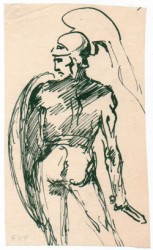 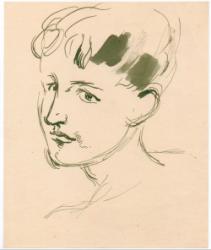